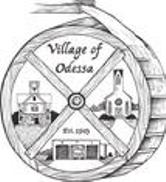 The land on which the Village of Odessa sits was originally part of the Watkins-Flint land purchase John W. Watkins and Royal Flint and associates of New York City, in 1794, following an application to the New York Commissioners of the Land-Office in 1791. The 200 acres Odessa was laid out on was originally given to Phineas Catlin Sr. for military service.
The following is a timeline of major events in Odessa History.