How Lead Enters & Effects our Bodies

How Lead Enters the Body Everyone is exposed to lead, because lead is a naturally-occurring element in our environment. 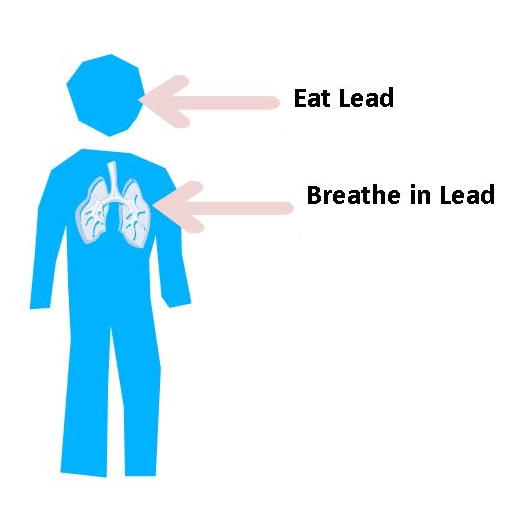 Possible routes of lead exposure include:

Lead Testing Sites in Schuyler County
How Lead Effects the Body
Lead poisoning can be a serious public health threat with no unique signs or symptoms.

Early symptoms of lead exposure may include:

In adults, lead poisoning can cause:

In children, lead poisoning can cause:

Young children (less than seven years old) are most at risk from a combination of the following factors:


The national average blood lead levels in children have dropped over time as our understanding of lead risk has evolved, and as efforts are undertaken to reduce exposure to lead. While banning of lead paint and lead in gasoline were national efforts to stop childhood lead poisoning, contaminated sites require site-specific cleanups to reduce exposure to populations nearby.

The Centers for Disease Control (CDC) has identified that the current blood lead level of concern in children is 10 micrograms (µg) of lead per deciliter (dL) of blood (10 µg/dL); however, adverse effects may occur at lower levels than previously thought. In January of 2012, an advisory panel to the CDC recommended lowering the level that triggers intervention.

Prevent Lead Poisoning with a Heal thy Diet